It’s Not All Roses: The Reality of Long-Term Relationships 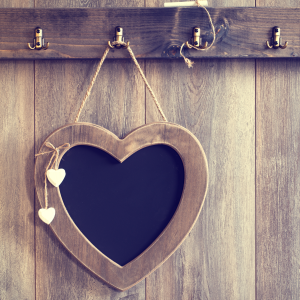 It’s not all roses. Well, actually it IS all roses, so long as you understand that having those impossibly beautiful and blousy blooms requires a LOT of tending. You may have to amend the soil in the garden, so they have a nutrient rich earth to grow in. You have to pull out the weeds that want to crowd and choke them. You may have to fertilize them periodically, and that can be smelly work. You’ll need to water them carefully, watch out for pesky bugs that want to eat them, protect them from freezes, and you’ll need to prune them back, cutting away the dead canes so that new shoots will spring forth.

Last Wednesday, Eric and I celebrated the 27th anniversary of our first date, which was on Friday, February 13th…our lucky day. What I remember the most about that date is the kissing. You see, we had kissed for the first time at a New Year’s party a few weeks before, and mostly I just wanted to kiss him again. I still do. And while I’ve never underestimated the power of the kiss after so many years together, we’ve certainly learned that cultivating a long-term relationship is similar to cultivating a garden.

Over the last 27 years, Eric and I have weathered a lot in our relationship garden:
* undergraduate, graduate and cooking school
* 8 moves in three states
* 13 jobs for me (sometimes 3 at once and 2 at once for the past 15 years)
* 11 jobs for Eric
* Owning and working for our own company for five years without killing each other.
* And raising two wonderful daughters

We’ve also endured a couple of scary illnesses, financial difficulties, dysfunction in our extended families, the deaths of six dear family members in a single year, and a few other issues not suitable for public disclosure. In other words, we’re pretty normal.

So, what’s the secret to a long-term relationship? This is what Eric and I have been talking about this week. It’s been a fascinating conversation. I’m particularly interested in the answer because Eric and I are actually very different in lots of ways.

He comes from a long line of solid citizens. A family that’s been in Johnson County, Indiana for nearly two hundred years…a family whose name is on street signs. They are sensible, steady Midwesterners, working as teachers, farmers, mailmen, mechanics, and government employees. They attend church regularly. Hardworking, good people. And he has many good role models for marriage.

I come from a long line of creative and sometimes criminal people. My family has lived from coast to coast and we have no home base. They work as writers, tavern-owners, missionaries, boatbuilders, and roofers. They are independent, crazy individualists. They are passionately faithful to Jesus, atheism, or Lakota traditions. Hardworking, good people. And I have very few role models for marriage.

So how do two people with such different backgrounds make it work? Well, Eric and I are still figuring it out and still talking about it. But we agree on one thing in particular…you’ve got to support each other’s personal growth even when it scares you. Let me say that again…you have to actively support your partner’s dreams and aspirations, even when, especially when you are fearful about what those changes might mean for you personally.

I remember that Eric did this very early on. After dating for four years, I decided I wanted to go to graduate school in another state. I remember telling Eric that I was worried about what this would do to our relationship…we were not yet married. He asked, “Do you really want to go?” When I replied, “Yes” he responded, “Then you HAVE to go, ‘cause if you don’t, then some day you’ll regret it and it will be MY fault!” Now, I’m not really certain if that was selflessness or self-preservation, but…you get the idea.

Eric has continued to be fantastic about supporting my dreams, even when it scared him. And I know I’ve scared him plenty. This week he said, “You always quit a job when it’s finally running smoothly and that’s taken some getting used to.” Now, I would say that I get bored easily and always need new challenges. Regardless of how we phrase it or perceive it, his support has been a blessing and I’m certain that the Holy One knew I needed such a partner to keep me centered and grounded.

And Eric has changed, too…quite radically so in the past few years. These changes are a bit like a roller coaster with moments that are both terrifying and exhilarating. But I have to admit that I love a good rollercoaster, so I can’t complain about it in my relationship. In fact, I am grateful for all the ups and downs over the years. Even when things seem to be rushing into a dark tunnel, experience has taught me that we will emerge on the other side. I’m thankful that we have learned, as the poet May Sarton says…”that without darkness nothing comes to birth as without light nothing flowers.” All the seasons are needed for the garden to flourish…the heat of summer, the dying back of fall, the darkness of winter, the blossom of spring…for with each passing season, the roots grow deeper, the stalks grow taller, and the blooms multiply.

From a sermon presented February 19, 2007, at the Unitarian Universalist Church of Indianapolis

This site uses Akismet to reduce spam. Learn how your comment data is processed.

Subscribe
Click here to get new posts to Pam's Words, Sound, and Spirit blog delivered to your email inbox.