The Challenge for Unitarian Universalists 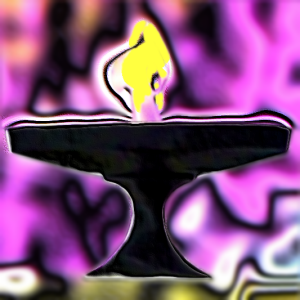 For 20 years, I’ve been part of a progressive faith tradition called Unitarian Universalism. On the surface, it would seem to be a good time for liberal religion. Membership in UU congregations grew 15.8% in 10 years, according to the Association of Statisticians of American Religious Bodies, and a 2012 poll by the Pew Research Center showed that one in five Americans identify themselves as “nones,” which includes 13 million atheists and agnostics and 33 million without a particular religious identification. (UU congregations are typically pluralistic with members identifying themselves as resonant with up to three different traditions that could include humanist, agnostic, atheist, pagan, Christian, Buddhist, monotheist, polytheist, and more.)

Why then are there only 211,000 adherents in North America, according to a USA Today article in October 2012, especially when over 600,000 of U.S. adults identified as Unitarian Universalist in the 2001 American Religious Identification Survey? It’s a complex question with multiple, nuanced responses. My experiences in both staff and lay leadership positions have taught me that the answer lies in two areas of struggle: too much dualism and not enough love.

The battle between seeming opposites rages on in the denomination, as well as in society at large: intellectual vs. emotional, believer vs. non-believer, sacred vs. secular, contemporary vs. traditional music, and the list goes on. This “either/or” mentality runs counter to UU principles and dishonors centuries of heritage that call us toward inclusiveness. Unitarian Univeralism is squandering its chance live out its own ideal: to model the welcome table for a diversity of ideas and people.

Worse yet, this dualism distracts us from what’s most important: love.  Thirteen century poet and Sufi mystic Rumi captured this when he wrote, “If you want what visible reality can give, you are an employee. If you want the unseen world, you are not living with your truth.  Both wishes are foolish, but you’ll be forgiven for forgetting that what you really want is love’s confusing joy.”

Love’s confusing joy … that’s what we’ve forgotten. If we transformed our congregations into centers of love and joy, it would change not only the members, but all communities they touch.

As for me, I’m going to devote myself to three things within the liberal religious movement: (1) loving more, most especially those whose viewpoints confuse and annoy me, (2) creating participatory joy in worship through music, and (3) being part of projects that intentionally bring us together across the boundaries of our difference.

This op-ed appeared in the Indianapoli Star in January 2013.

This site uses Akismet to reduce spam. Learn how your comment data is processed.